How to Play Five Nights at Freddy's 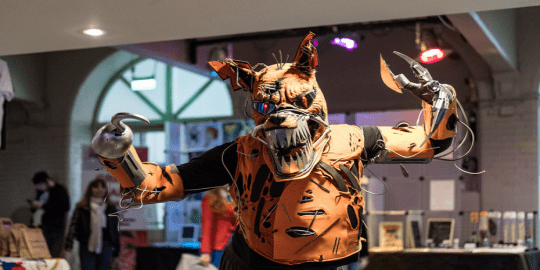 There's something about abandoned amusement parks that's just plain eerie. They're like something out of a horror movie, which is probably why they make for such popular settings in video games. One of the most popular games to use in this setting is Five Nights at Freddy's, a game that has players assume the role of a security guard who must survive a night shift at a pizzeria that's been overrun by deadly animatronics.

The first game in the series was released in 2014 and was followed by four sequels. The games have been praised for their atmosphere and scare, and have become a cult favorite among horror fans. The objective of Five Nights at Freddy's is to survive five nights at the restaurant. The player must use security cameras to keep track of the animatronics and use limited resources to defend themselves. The game is played in a first-person perspective and uses point-and-click mechanics.

The game is split into five nights, with each night becoming increasingly difficult. The player must survive until 6 AM when they will be relieved by the morning security guard.

Here are some tips to help you survive Five Nights at Freddy's:

1. Keep an eye on the security cameras, and don't let the animatronics out of your sight for too long.

2. Close the doors when the animatronics are near, and turn off the lights to hide from them.

3. Use your resources wisely, and don't waste time on unnecessary tasks.

4. Stay calm, and don't let the animatronics scare you.

5. If all else fails, remember that you can always try again.

If you're looking for a challenge, then try to beat all five nights without getting killed. Just don't forget to keep an eye on those animatronics.