Something is amiss in Midgard, the world of the humans. You have sensed it for a long time now and lately it has gotten worse. You have just been on a successful raid on distant shores and your ship is filled with loot of treasures and artifacts. On the open sea your ship gets caught in a terrible storm. The ship starts taking in water and sinks, taking your brothers in arms and all your looted treasure with it. You struggle to keep your face above the surface, but the water is too cold and the sea too angry. Finally the light goes out...

Here our story begins, now it is up to you to find out why you have woken up in Elfheim, the land of the Fae after the storm and who or what is corrupting the nine worlds and making them descend into chaos. Help the mysterious fairy Ozma bring balance back to the nine worlds and emerge as the hero of ages.

Nine Worlds - A Viking saga is an adventure platform game of epic proportions. Filled with lore of the Vikings and the old Norse gods. Experience the engaging story as you play through the chapters of this grand Viking saga.

Jump, chop, spin and stab to defeat monsters, avoid traps and collect coins, gems and other valuable items. Battle against challenging bosses and evil gods. Find the hidden treasure rooms and the gateways leading to the bonus levels.

Start out simple with only your hands as your weapon. As you progress you will acquire new and more powerful weapons and learn new devastating weapon techniques. Become even stronger by finding the scarce Hearths of Life scattered around the nine worlds. You need to become stronger if you want to stand a chance against the tougher enemies that you will encounter in the later chapters of the saga.

In addition to the main story quest, you can complete daily quests for bountiful rewards. Challenge yourself by competing against your friends for the top scores and try to place high in the leader-boards. Earn achievements to boast your skills and increase your Steam experience points.

Don’t miss your chance to play this action adventure game because you will have a blast while playing through all the levels and experiencing the original and exciting story. 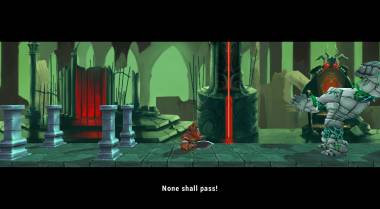 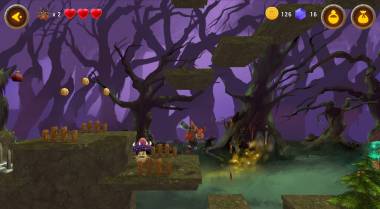